The world has been battling Covid–19 for over two years now. And more than a dozen countries and regions have trialed people–tracking wearable devices to thwart the spread of the virus: South Korea, India, Belgium, and Lichtenstein, among many others, have rolled out electronic wristbands.

U.S. officials in Hawaii and several other states have also considered using GPS–enabled ankle bracelets. Testimonials online backed a Reuters article which said wearable tracking technology had been used sporadically in the U.S. for quarantine enforcement, including in Louisville, Kentucky.

Tracking wearables for the purpose of pandemic control have sparked privacy concerns in almost every case, and they have been rolled out despite public concerns. As Amy Hess, the chief of public services in Louisville, Kentucky, put it, “We don’t want to take away people’s freedoms but at the same time we have a pandemic.”

In this article, Tech Tech China presents a roundup of several places that have tested the use of quarantine tracker wristbands, examines the technicality of different wristbands, and looks into whether they are still being used.

Generally, quarantine tracker wristbands can be classified into two types: one with temperature measurement function, and one without. The first type monitors bodily metrics and send them to a central institution for analysis. The second type is basically an electronic tracker that prevents people from breaking quarantine.

Hong Kong is the first place to have adopted wearable technology to curb the spread of the Covid–19 Pandemic in March 2020 and is still using it. Paired with an app called “StayHomeSafe,” the wristbands use geofencing technology which creates a virtual geographic boundary. Users first need to walk around the apartment to calibrate the wristband for the app’s algorithm to sample the signals of the apartment. If someone then leaves the area, the StayHomeSafe app triggers a warning and alerts the government.

The city finally reopened to non–resident entrants in April, and the administration has been actively exploring ways to prevent major outbreaks. Starting mid–July, people who test positive quarantining at home in Hong Kong are required to wear electronic tracking bracelets, under a policy brought in by the new administration. The Special Administrative Region of China is also mulling a Chinese mainland–style “health code” system, according to a post on its website. But unlike in the Chinese mainland, where the health code acts like an e–passport to get into public places, Hong Kong’s health code system will only be used on inbound travelers and those who test positive for Covid–19, according to the government. Over 100,000 electronic wristbands will be deployed. 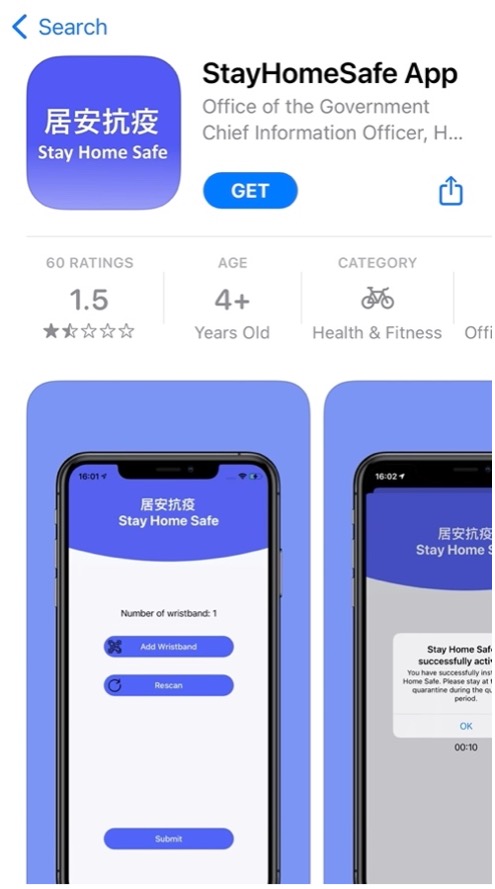 The South Korean government opted to use the wristbands in April 2022 in response to people continuously breaching quarantine. More than 250 people had been caught violating the 14–day self–isolation rules, local media reported. Residents could easily cheat the system by leaving their phones with tracking apps at home. Wristbands were only placed on quarantine violators who consented to wear the band, according to the government.

The port of Antwerp adopted a different approach: Wristbands were used to enforce social distancing among dockworkers rather than to enforce quarantine. The electronics would sound an alarm it comes within five feet of another band.

The wristbands had been useful in the port setting, which could detect if a worker fell into the water and sound an alarm. The CEO of the manufacturing company told Reuters the bracelets would not track employees’ locations, because the devices were only connected to each other, and there was no central server. 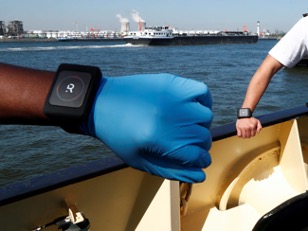 Liechtenstein is one of the few places that rolled out biometric bracelets. One in 20 residents were offered such bracelets which sent data on vital bodily metrics including skin temperature and heart rate to a Swiss laboratory for analysis.

Mauro Pedrazzini, Minister of Social Affairs of Liechtenstein, told the Financial Times in April 2020 that the principality would begin to supply the whole population with these bracelets in the autumn of 2020. However, the nationwide rollout has not been reported by any major English publication, according to our research. Its execution might have got aborted.

Wristbands were given out (and quickly withdrawn) by staff of a Beijing community. The electronics have not been used in other provinces in the country.

Earlier this month, a community in Beijing saw serious public backlash after the staff imposed the use of quarantine tracking wristbands on residents returning from domestic travels. The community had withdrawn the bracelets after public outcry.

How Tencent Learned to Sell Cotton

How I Became a “Charity Detective” in a Rural Chinese Town 

Sign up for our weekly newsletter to receive exclusive news & articles about what’s happening in tech in China.

Our Spring Sale Has Started

You can see how this popup was set up in our step-by-step guide: https://wppopupmaker.com/guides/auto-opening-announcement-popups/